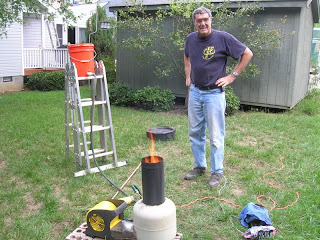 Peter has been spending his days here in Greensboro working on a waste-oil burning heater that he plans to use to heat a brick kiln in Angola. In Angola, they dump waste engine oil on the ground and contaminate the environment, and trees for fire wood are scarce due to the enormous population overload around the cities, so using used motor oil as the fuel for a kiln will be a benefit all around!
He's had it burning with great gusto using cardboard as a wick - now he is working on making a more permanent wick so that the heater will burn for a long time without needing constant tending! 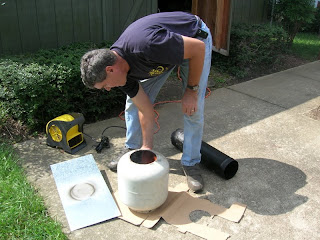 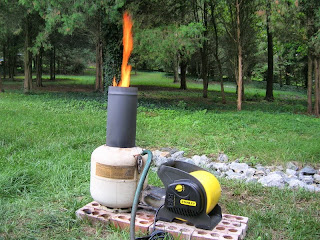 Posted by Peter and Shelley Duplantis at 4:52 PM

hi it looks good what do you use to burn the oil ?