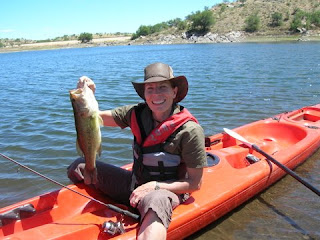 The 1st bass caught at Freidenaur Dam, near Windhoek, 2kg or 4.4lbs 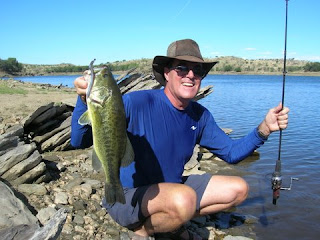 Peter then caught 5 more of the same!! 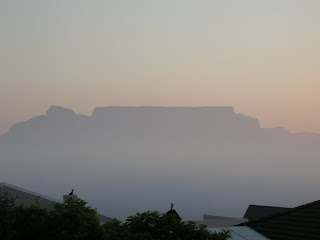 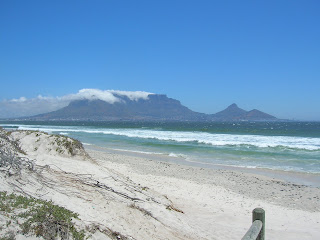 Table Mountain with it's Table Cloth - also from Blauberg 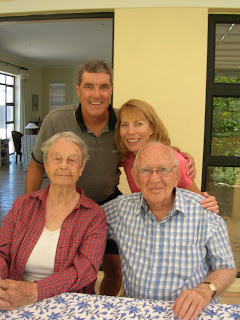 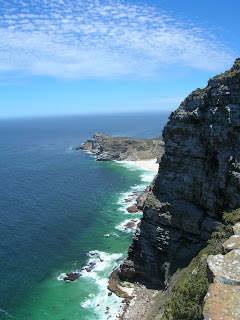 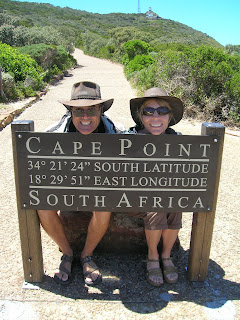 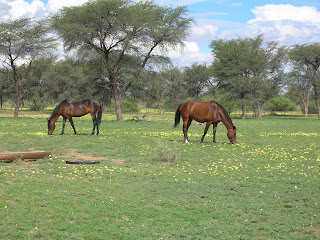 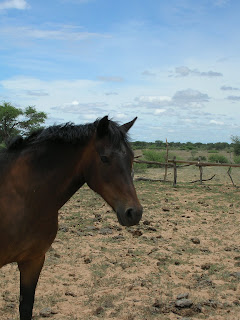 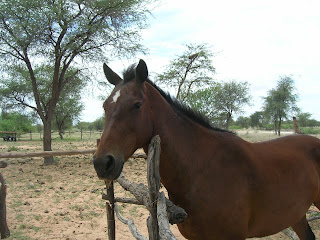 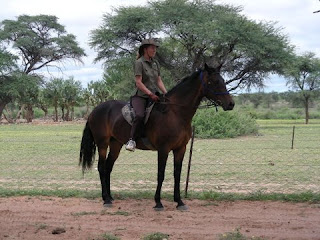 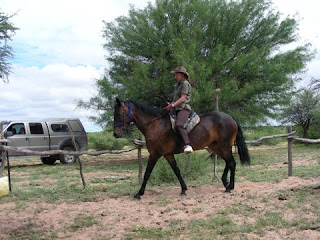 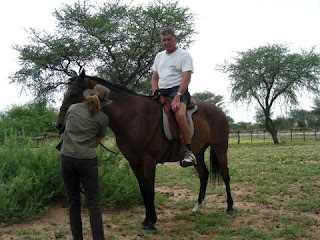 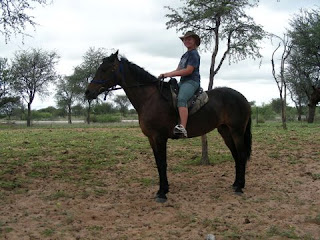 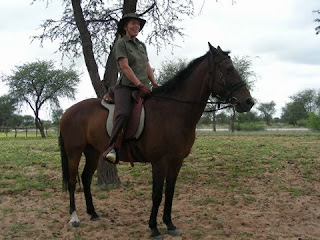 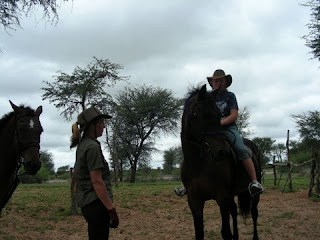 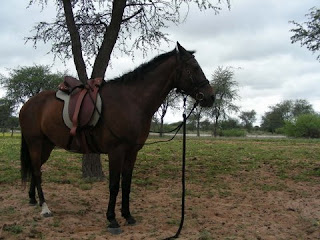 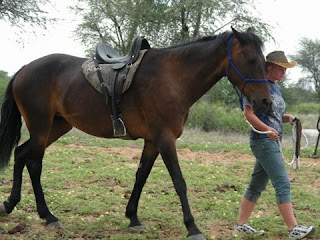 Well, we are still in Namibia, enjoying a "forced" vacation as we wait for our Angolan visas to be processed. It has been a wonderful time for us as we have made many new friends, read a few books, gone fishing and even played quite a bit of tennis, but we are very ready to get back home. We were also treated to a trip to Capetown by some friends who loaned us their car to drive and a house to stay in while there.
We have also added to our menagerie - we are now the proud owners of two horses! They are over 16 hands tall and gentle natured. They are both about 15 years old, but still have some good energy! We bought them from some folk who are selling their farm and returning to Germany, and wanted a good home for their horses. We bonded well with both animals and previous owners and feel that these are the horses for us! God also provided a farm just 10 miles from the original farm, for them to stay while we figure out the logistics of getting them into Angola. This farm also has a 16 year old girl who is quite the horse woman and has offered to work the horses until we can get them "home"! Her name is Lara and you will see her in some of the photos. Thanks Lara!! The gelding is named Jock and the mare is Madchen(pronounced like Maichen) - German for "little girl" though she is not so little!!
Posted by Peter and Shelley Duplantis at 3:07 PM